Oh, hello neglected blog. Been a while.

So, I have started a masters in Science Managment.
Hmm, yes. Yes (knowledgeably nods head)
So I have to write essays.
Which I haven't done for fifteen years.

So anyway:  Tonight's Favourite Scientist Name of The Night is....

There are 296 pages at ludonauts.

My eyes hurt.
No comments:

It was esteemed blogger, Fyodor, who opened my eyes to the truth of the Reagan-era awesomeness that is Top Gun.
And you can enjoy it too! 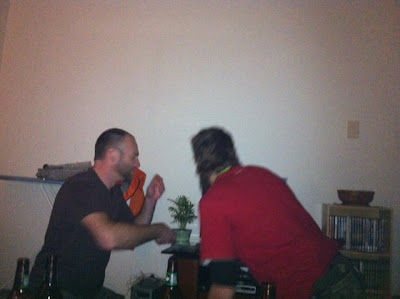 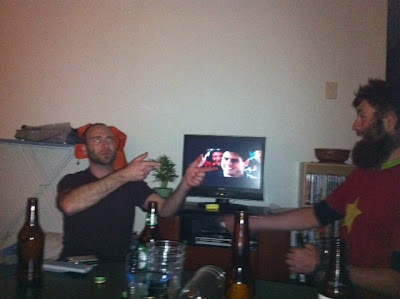 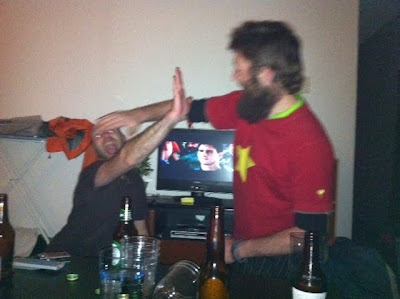 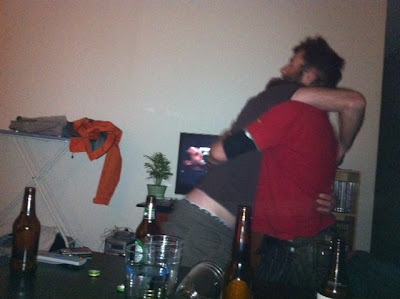 Step 4: Ummm.... Victory over the Soviets AND the Conservatives, I guess.

No wonder so many people have trouble accepting evolution. The standard of scientific reporting in the media is absolutely appalling.
Take this article for instance from the SMH.

If you were not convinced that evolution was fact, you would read this article and say "What a load of crap!" and still not accept evolution.
And guess what? You'd be absolutely correct.
This idea from Professor David Carrier, from the University of Utah is 100% bullshit. It is brain-numbingly stupid. If there was a statue to "Today's Irredeemably Moronic Idea with Regard to Human Evolution" it would be of David Carrier wearing his own arse as a hat and this article would be rolled up and inserted in the anus.

"Tall men attract the ladies because they remind them of our violent ape-like ancestors, according to a new theory.

A study shows men hit harder when they stand on two legs than when they kneel down, and when directing punches downwards.

This might explain why early humans began walking upright, and also why women prefer tall men, say US researchers."

2) Do ape-like ancestors punch? Do extant apes punch? No they fucking don't. They hammer down with their hands and arms, they stomp and they bite. All of these are easy to do when your opponent is cowering/writhing on the ground, as what happens when you look at how apes fight and how humans fight.

3) This study shows that *fully trained boxers and martial arts experts* hit harder when they stand on two legs than kneeling. How is that relevant to how (a) untrained humans actually fight? and (b) how untrained apes actually fight?

4) For something to exert a selection pressure stong enough to change how an animal walks it has to be common, constant, generationally repeated. So, how long do you think our non-bipedal ancestors spent punching each other in a downwards direction? Answer: Absolutely fuck all.

"Standing up on their hind legs allowed our ancestors to fight with the strength of their forelimbs, making punching much more dangerous."
5) Who is stronger in the forearms? A chimp or a human? Non-bipedal Chimp. So, becoming bipedal made us LESS strong in the forearms.
6) What is stronger? A human kick or a human punch? How about a child's kick or a child's punch? Kick. So this dickhead should actually be saying "We became bipedal so we could develop better kicking abilities" but he's so fucking stupid that he can't even get the internal logic of his own idiotic theory correct.

7) What other males? What males are attacking women and children? Maybe this douchebag thinks that proto-humans set off into the unknown future as a father, a mother and their children. In fact, he HAS to think this for this quote above to make sense. Trouble is, we didn't move around in nuclear family groups but in big tribes/clans of up to 150 individuals. And, I don't care if you are slightly more bipedal than me and can punch me 24% harder. I have another male in my group who will help me fight you. Two dudes beats one dude every time. And fifty dudes will hold their own against a pride of lions. And a big show of strength from fifty dudes will make the group of thirty dudes move to another part of the savannah.

Oh, I wonder why we became bipedal?

David Carrier, you are a pedlar of utter twaddle.
SMH, you are a joke for publishing this piece of shit.
11 comments:

I received a letter from you addressed to 'The Occupier'.
Normally such letters would be addressed to The Occupant.

Since I did not invade my flat by force of arms, I have not occupied it.

Should any insurgent activities arise at this address, I assure you that they are not a backlash against how I came to be here. There were no natives to alienate by my heavy-handed tactics, indescriminate and careless collateral damage, or by my failure to be mindful of cultural or religious sensibilities.

If you have information suggesting that others perceive me as a force of occupation, I shall immediately implement measures to reassure the local population.
Perhaps the traditional owners of my flat are a pastoral people and I haven't seen them yet because they are only here over the winter months.

I shall keep you updated as to the situation.

Please rest assured that I have been reading the works of Colonel David Kilcullen, so I will be able to protect locals from the invidious machinations of more extreme elements. 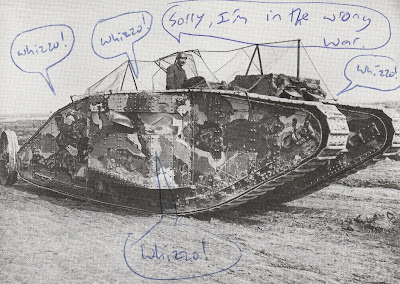 Tank of the Week. sherman 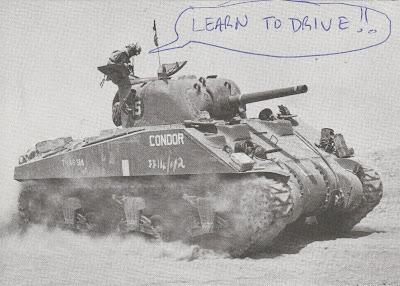